The Hotel Posta is located in Moltrasio, 5 minutes from Como’s town. Moltrasio is a little village, overlooking the Como lake and we often recommend to our guests, when they have a little free time, to devote at least a walk to discover the town in which we live with our structure and the marvelous art’s way.

In addition to getting lost in the narrow streets that way up the hill, Moltrasio preserve in various places some historical artifacts related in particular to sacred art, which is right to discover. The map that we presento to you again reports these 4 stages in a route that can be done in a short time: one or a couple of hours (if you want to enjoy the walk) will be more than enough. As you can see our hotel is located in the middle of these routes, making it a privileged place to start with your artistic excursion. 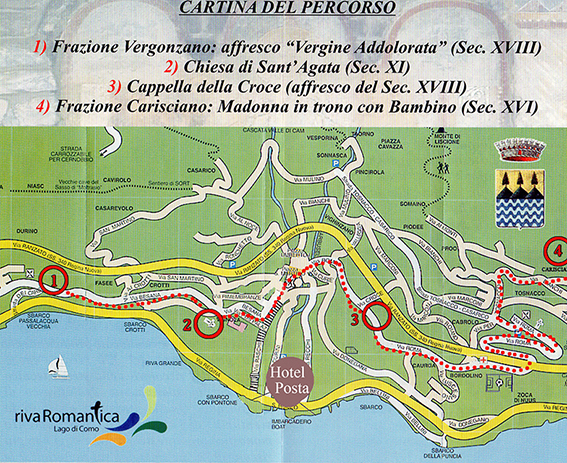 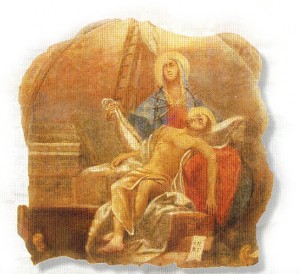 You will find in this position ‘Our Lady of Sorrows’ fresco’s. The fresco was located in the chapel that overlooked the main street built in 1780, but which was later demolished to widen the road. Today, after being restored in 2008, it is placed on the outside wall of the “Baffa’s house”. 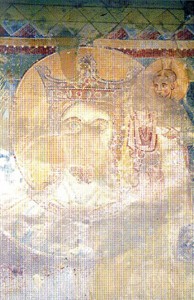 You’ll find the St. Agatha’s Church. Restored in 2006, it still retains the original frescoes that decorated it in the medieval period. Outside, towards north, you’ll see the ‘St Christopher’ and the ‘Martyrdom of St. Agatha’, paintings of the fourteenth and sixteenth centuries. Instead, inside you’ll find ‘Three people standing’, fresco dated between the twelfth and thirteenth centuries. Under the arch you’ll find what remains of a series of votive images. Here it is painted Saint Lucia and the fresco is from the fifteenth century. There is also the ‘Madonna del Latte’ into a stucco frame, of the sixteenth century. Finally, on the right apse you can see the ‘Madonna Enthroned’ of the sixteenth century. 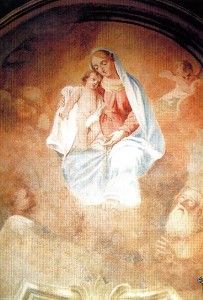 The Chapel of the Cross, restored in 2003, is a sacred aedicule with gate that represent the Madonna with child, angels and saints. A fresco of particular delicacy, that shows how the artist was able to portray characters with that era’s style. 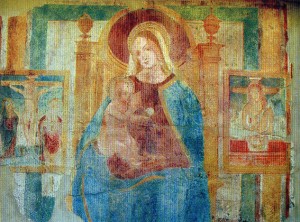 We find again a ‘Madonna and Child Enthroned’ dated at the beginning of the sixteenth century. Fresco detached and repositioned in the middle of the twentieth century, as was already the Vergonzano’s fresco’s. This transport supports the memory of an ancient monastic settlement in this area, but now no longer rebuildable. The technique that it shows say that it would belong to the master’s workshop De Magistris or Del Passeris.

It’s very easy to breathe, thanks the art’s way, the ancient traditions and devotions that without recent renovations would have been lost. Moltrasio with his silence will welcome you and we are sure this little walk will leave a beautiful memory in you. I, Patricia and all the staff at the Hotel Posta in Moltrasio are waiting for you.