Hands up who doesn’t love chocolate! “The food of the gods” is one of the most famous specialties of nearby Switzerland. Did you know that just a few kilometers from our Hotel Posta Moltrasio, in Caslano, there is the Museum of Swiss chocolate? But let’s start from the beginning.

Why Switzerland is so well known for the production of a sweet based on a plant that does not grow on their own territory?

In fact, chocolate comes from Central and South America, and was known since the time of the Maya and Aztecs. Even in the past, it was used as a beverage, and the seeds were very precious. Spaniards brought chocolate in Europe. Little by little, it passed from a product reserved to the noble classes to something for everyone. But solid chocolate as we know it nowadays was create in England in the early ‘900.

Swiss chocolate was imported for the first time at the end of 1600, when it pleased the mayor of Zurich who had tasted it in Belgium. Subsequently, in 1700, it was banned because it could “harm morally” (it now sounds almost unbelievable, is it right?). Swiss could easily produce chocolate also because it has a lot of water, which is necessary for its production. It also enjoys a privileged position in Central Europe and it is close to the north of our beautiful country, where there were other cities working the chocolate. The first industrial production of Swiss chocolate was in Bern in 1700 approximately. Gradually the fame of this product came across the border, to be exported in Europe first and then in Russia. The Swiss perfected significantly the production of chocolate candy and pralines. 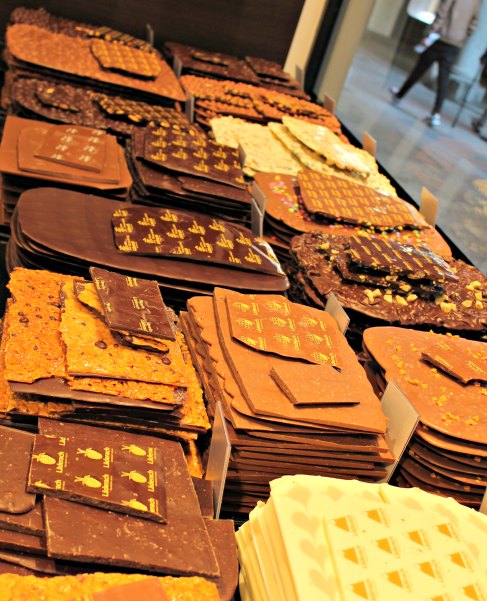 There, now I’ve definitely made your mouth water!

If you’re on Lake Como and you want to spend a sweet half-day, here is how the Swiss Alprose Chocolate Museum in Caslano works. First, here is better explained the chocolate history, to know everything about this tasty food; also, you can see the different stages of production.

Last but not least, you can taste the chocolate! Also, as a chocolate praline leads to another, you can buy gifts for you or for your family in the museum shop.

You can find all the information you need to visit the Museum of Chocolate at this link, or ask to our reception: we will be glad to give you some tips on how to reach Caslano, as always, with a smile!