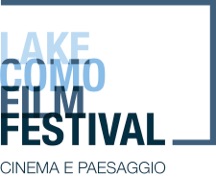 During the course of history, Lake Como has always been an inspiration for artists, people of culture and the great film directors of International repute, hence becoming a source of encouragement and stimulus  for the making of cinematographic artworks…July 2013 marks the first edition of LAKE COMO FILM FESTIVAL, a festival dedicated to the cinema of landscape, with showings of classic films, previews and exhibitions. The Leitmotif of the films presented at the Festival and of the meetings stemming from them will be the theme of “Cinema and the landscape”.

From 15th to 25th July, at Villa Olmo, in the section PANORAMICHE FILM, there will be 7 evenings of showings in the open air on a megascreen. The showings will be preceded and followed by meetings and aperitifs with directors, actors and screenwriters.

Alongside the events at Villa Olmo, with “Il Kilometro della Conoscenza” (“The Kilometre of Awareness”) Villa del Grumello (again, from 15th to 25th July) will be hosting the section ‘PANORAMICHE DOC’, consisting of afternoon showings of 7 documentaries focussing on the theme of the landscape and on in-depth explorations of topics such as the balance of nature.

Villa del Grumello will also host meetings with guests from the world of cinema: film directors, actors, screenwriters and  set designers,…who will be discussing the future Film Commission of Lake Como.

The preview of the festival, which will take place from  1st to 14th July, includes an itinerary of the places of Lake Como that have been the setting for prestigious national and international films… The section is titled “I giardini del cinema”(“The gardens of cinema”).

The programme of LAKE COMO FILM FESTIVAL also includes a PHOTOGRAPHIC EXHIBITION dedicated to the figure of Angelo Novi, who will be a guest at Villa del Grumello.

The programme also involves an evening dedicated to the visionary architect Antonio Sant’Elia, and to his drawings and plans for his futuristic cities – a creative homage of the festival dedicated to the genius from Lake Como, with a project designed and produced by OLO creative farm.

We hope you will enjoy the cinema festival on Lake Como.