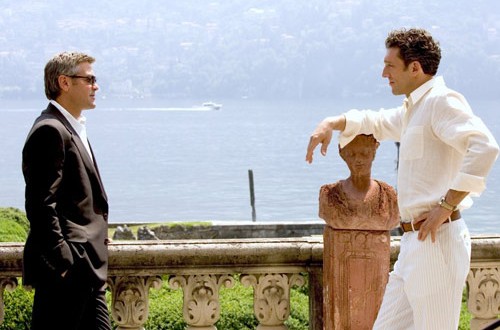 Visit places where famous movies were filmed to discover a new way to visit Lombardy and our Como’s territory thanks to film tourism. This is the purpose of the guide called ‘Lombardia Superstar’ published by the Region in collaboration with various institutions and Chambers of Commerce.

A region with 100 movies and many locations to explore

The Italian and international cinema has always been in love with Lombardy and in particular woth the Como’s area. Why don’t you choose to be guided by your passion for movies to visit the beautiful Lake Como and the surrounding areas?
Lombardy Superstar guide is divided into zones and they suggests routes that people can do when they decide to visit those places, the part dedicated to ou Lake Como has the title “the lake of the stars” (could it be otherwise?).

4 itineraries of film tourism on Lake Como: “the most telegenic of the Italian lakes” (Morando Morandini)

The map that opens the section is devoted to us, with 37 places of movie tourism reported in the Lake Como area and about a hundred of the most famous movies filmed. 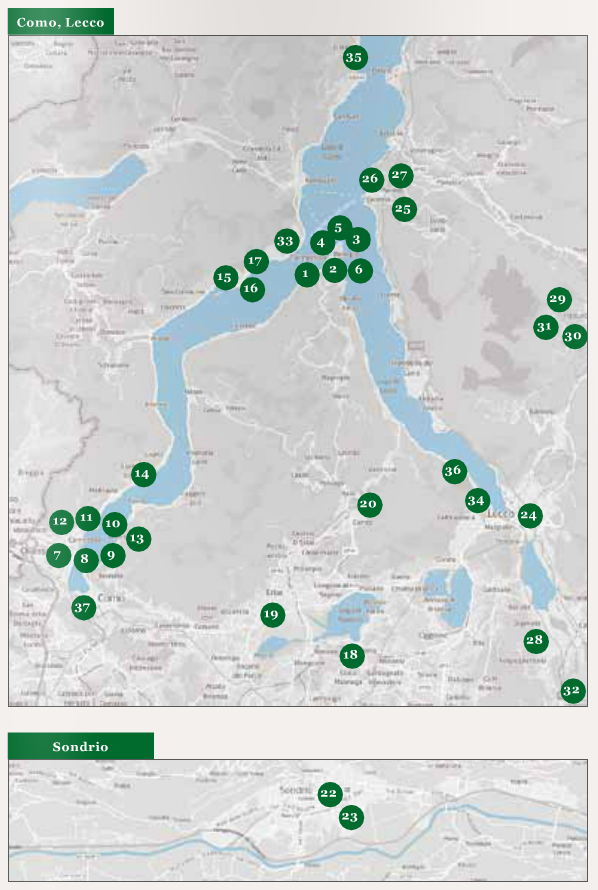 Movie tourism on Lake Como: the points of interest marked into the ‘Lombardia Superstar guide’ 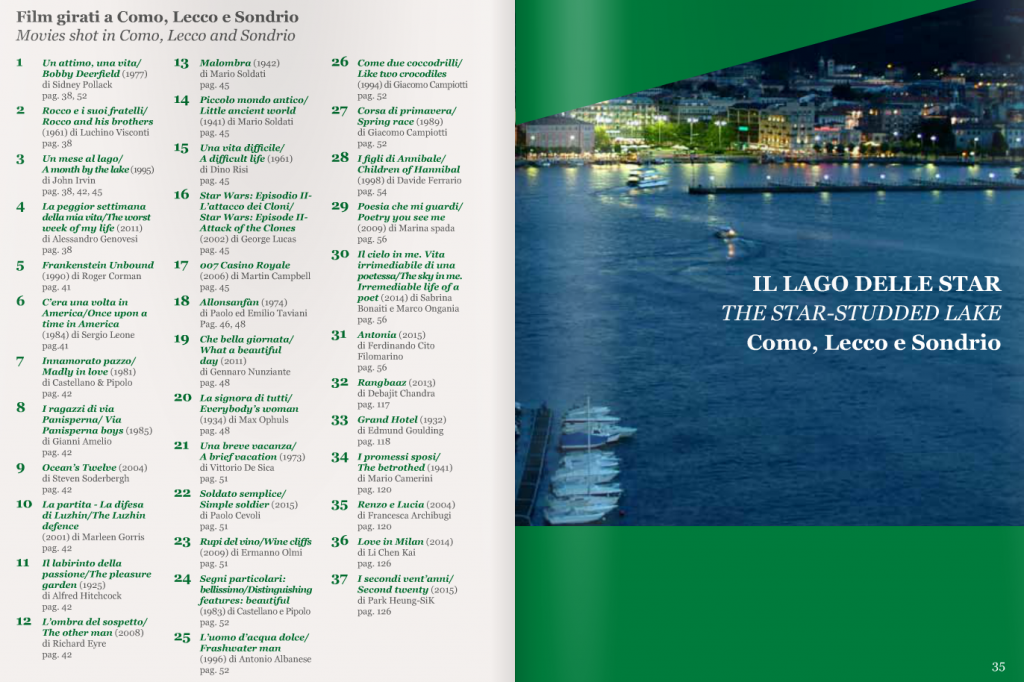 Film tourism on Lake Como: the list of shot in the Lake Como area

“That God is here is clear when we watch Lake Como”

It is what Robin Williams said, and he is not the only one who is thinking so everyday. The Lombardy Superstar guide proposes 4 different itineraries to immerse you in the film tourism perfect to discover the location in which they were filmed national and international movies. For example some of the most important are “Ocean’s Twelve” (2004) by Steven Soderbegh shot in Villa Erba in Cernobbio, famous thanks to the stellar cast like with George Clooney and Vincent Cassel, or the John Irving’s one “007 Casino Royale” (2006) turned in Villa Balbianello in Lenno. Others are:

Where to ask for a movie tourism guide in Lombardy?

The “Lombardy Superstar guide” is visible by clicking directly on this link or by contacting the in-Lombardia.it website.
Are you a movie fan? You also want to try it the experience of film tourism on Lake Como? Contact us and ask informations, Patrizia and I are always ready to tell you the best route. See you soon…and enjoy!