Have you ever been at Campione d’Italia? It really is a very special and interesting place, not far from the Hotel Posta Moltrasio. I’ll tell you why.

Campione d’Italia, as the name implies, is an Italian territory which is in the province of Como, overlooking Lugano’s Lake. What is the distinction? This village is an enclave in the Italian Switzerland. But why this town has maintained its membership to Italy despite being surrounded by an area and a “foreigner” lake? The causes are in the history of this place.

In the Middle Ages in this area were the Lombards, in 777 died a wealthy local landowner who left his land to the Monastery of Saint Ambrose of Milan. The little town passed under the bishop of Milan and became a fief of the Monastery, while in 1521 the current Ticino was occupied by the Swiss, everything except Campione.

Various vicissitudes have marked this area, we look at only the most curious: do you know why Campione remained under the Diocese of Milan and not returned to Como? Because the Como’s carnival was too short compared to the Ambrosian one, and the inhabitants wanted to celebrate more! 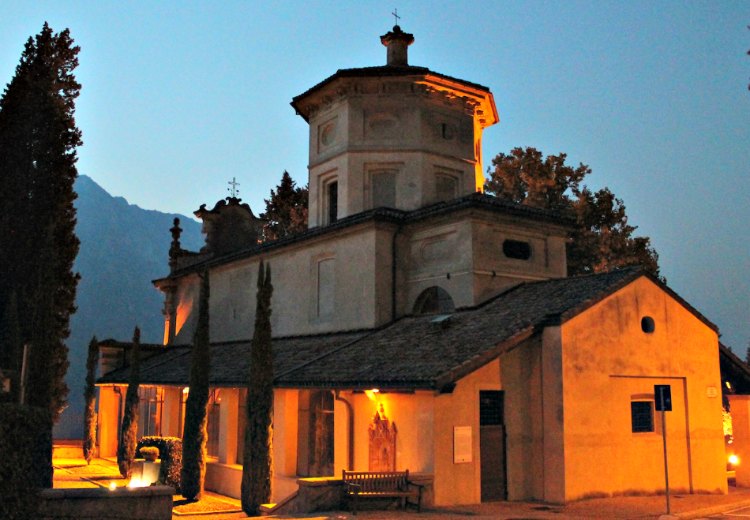 In the first 800, there was also a referendum for annexation to the Canton Ticino, rejected by Campione. They changed their minds, and demanded the annexation in 1848, but to maintain the neutrality, Switzerland did not accept. With fascism, came the name Campione d’Italia, whereas previously it was only Campione.

Now is in effect part of the  Como’s province, and in the street you will meet the local italian police and the Italian Carabinieri, but the plaque on their car is from Ticino! Other funny things: you can pay either in Euros and Francs, but the prices are like those in Switzerland. The telephone network is the Swiss one, and there are both post offices. The area is duty free, and it is very particular as regards VAT and licenses. Even sports teams present are adopted by Switzerland!

Well, now you know the story of this strange town, you should take a walk. The country’s main attraction is the Casinò, one of four in Italy where you can take a chance, rebuilt in 1999 and designed by a famous Swiss architect, Mario Botta. Continuing your walk towards the south you will find on your right, with its terrace which looks out on the shores of Lake, the church of Santa Maria dei Ghirli, where pilgrims stopped, with its beautiful frescoes.

Now are you curious? I suggest you to take a ride in Campione, and combine your trip with a visit to the museum of Swiss chocolate or with a walk in the center of Lugano. Ask our reception: find all the info you need, as always with a smile!