Carimate, with its old town and its castle, allows you to spend a day surrounded by nature and history of the Larian country. This is located in the southern tip of the Como’s province, on the border with the Brianza area. It is a really green area, where you can enjoy long walks in contact with nature. A hilly and agricultural countryside, with harmonious lines and the delicate slopes that accompany you, with a slow pace and the look that gets lost all around.

To enjoy this atmosphere, and discover step by step the beauty that countryside and historical sites have to offer you, I suggest a simple way, to go on foot, starting from the platform of a famous station.

It is a journey. Maybe to go sit in the car. Or choosing something alternative that allows you to experience the region in contact with people and places that succeed one another along the way. Both a short distance from the Hotel Posta Moltrasio you can find the bus stop and a beautiful pier with a boat waiting for you. I point out that the bus in five minutes takes you directly to the station of Como San Giovanni, just a few stops from the first destination of your day trip to Carimate.

Getting to Carimate in few time by public transport. It’s unbelievable, isn’t it? After less than fifteen minutes by rail you arrive at the Cantu-Cermenate station, from where your can begin your walk. Meanwhile, get off the train, look at the sign “Cantu-Cermenate”, and you can choose. Is this the name of a station between the towns Cantu and Cermenate? Or, as the ex-partisan de “A hard life” by Dino Risi, starring by Alberto Sordi, do you think you to be landed in a real town, unknown to most of the people, deep in the north of Italy? Seeing is believing! 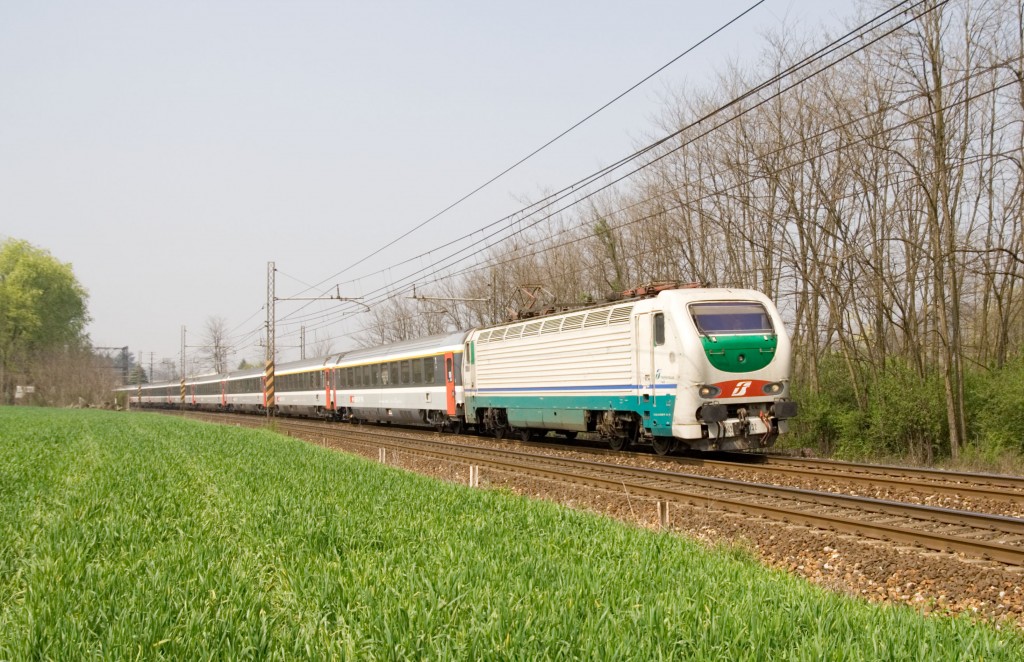 The campaign, the mill and the river: the old Carimate’s county

In direction the south-east from the station there is Carimate. Partisan’ groups were strong here, so the first route that you take is called Via dei Partigiani (partisan street). The fields, the famous “Toppi” mill and the Seveso river are running through those lands that are some of the most obvious symbols of the history, economic and agricultural life of the ancient feud Carimate. Then across the river continue in “Via Asnago” that takes you from the valley to the mild hillsides of the village.

Carimate, the village and castle

Medieval village, Carimate is set on a hill overlooking the surrounding plains, stretched south to Milan. The discovery of the country and its beauty is slow, gradual, as suggested by the first buildings and the ancient streets of the village, which lead the traveler towards the city center. Only from the San Giorgio e Maria Immacolata’s church you will have the first glimpse of the imposing Visconti castle. The core is a quadrangle enclosing the courtyard, that is the most evident proof of the medieval origins of this building, erected in 1345 by Luchino Visconti, Lord of Milan. Carimate’s Castle, originally larger, is called by the Visconti’s family “Citadel”. Imagine then, before the modern age renovations, a majestic and noble residence, with precious arcades and pointed arches, with the openings of mullioned windows, finely decorated. Built for holiday purposes, the castle was mostly the administrative center of the feud Carimate, along with a strategic outpost to control the territory and the Milan’ plains. Next to it, you can find a nineteenth-century complex, known as Torchio, that is the headquarters of the activities related to the agricultural production of the surrounding countryside. Today the ancient structures also host concerts, exhibitions and other cultural events organized by Carimate and by private citizens.

Here I gave you some interesting ideas for a day trip to Carimate, full of paths, old churches and villas to visit. Meanwhile I, Armando and the entire staff of the Hotel Post are ready to give you additional tips to help you to have new experiences and discoveries near our Lake Como. See you soon!